How it all began: a local plumber breaks down the history of plumbing

Plumbing is without a doubt one of society’s greatest inventions. Modern plumbing has been the catalyst for improved public cleanliness and, by extension, public health. Not to mention, it’s just plain convenient!

But even with its importance to our day-to-day lives, we’re willing to bet that plumbing history isn’t exactly a subject you put much thought into. If we asked you how long humans have been using flushing toilets, running water and sewerage systems, most of us would probably answer with only two hundred years or so.

Here’s something that may surprise you: we’ve actually had all these things for thousands of years!

For us to truly appreciate the gift of running water, we need to go back to history to discover how plumbing all began.

The first plumbing systems can actually be traced back thousands of years to the Indus Valley River Civilization.

However, the most influential ancient civilisation in plumbing history is without a doubt the Roman Empire. Their water system was the most expansive and long-lived, with parts of it, incredibly, still in use today!

Rome’s public bathing areas featured septic tanks, wells and piping systems similar to that of today. The Romans were the first ones to use advanced lead piping during 500BC to 455AD in their public bathing spaces.

Lead piping was also used by Romans in their aqueduct system, the ancient world’s most expansive water supply system. In fact, a renovated Roman aqueduct still provides water for many of modern Rome’s water features and drinking fountains!

It’s during this age that the word “Plumber” came to be: derived from the Latin word ‘plumbum’, meaning lead (as in lead pipes). The word plumber gradually came to mean a person who installs pipes. So you can thank the Romans for the word’s origin!

For the vast majority of human history, most people lived in the country and drew their water from wells.

But with the industrial revolution came a boom in city size and population. Cities had never been the cleanest places, even during the best of times – how were city planners meant to cope with the sudden population jump?

The rapid growth of cities is what provided the impetus for engineers to develop the first modern sewer systems, with many popping up in American and European cities.

This also drove the development of plumbing regulations and standards.

As time passed, the use of lead pipes in plumbing was phased out in response to lead poisoning. Copper pipes emerged a safe replacement for lead pipes.

And recently, plastic has taken over as the primary piping material for most residential and commercial plumbing purposes.

And of course, we can’t talk about the history of plumbing without talking about the flushing toilet! During the late 1800s, flush toilets rapidly developed, with pioneers such as Englishman Thomas Crapper (yes, you heard that right, and yes, we’ve heard all the jokes!) developing technologies and principles that are still adhered to in your home toilet.

While most of us associate Crapper’s somewhat tongue-in-cheek name with the invention of the toilet, we mustn’t neglect earlier pioneers

Recent developments in plumbing have centred on integrating technology with plumbing. For instance, the first sensor-flushing toilets were developed in Japan in 1986, where they are widespread.

Even if the pace of development has slowed down, rest assured there’s still plenty going on in the field of toilets and plumbing!

Important “firsts” in the history of plumbing

Throughout the history of plumbing, there have been a number of influential “firsts”. Here are just a handful of some of the most important: 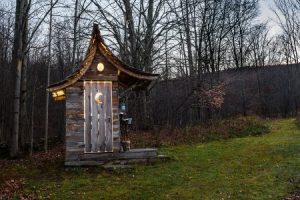 The plumbing profession might date back to ancient times… but your home’s plumbing shouldn’t!

The development of plumbing continues to the modern-day, where construction, design and architecture keeps on improving.

Who knows where technology is going to take plumbing in the coming decades? If your home or business’ plumbing system is looking (and acting) like it was from another century, maybe it’s time for an upgrade?

Whether that’s more efficient plumbing fixtures or improved sewerage or drainage system, there’s only one team you need to know: H2-Pro.

Providing domestic and residential customers with the peace of mind of qualified, licensed, friendly, and respectable plumbers, the H2-Pro team concentrates on fewer north-east suburbs to ensure we can provide you with rapid plumbing support (including 24-hour emergency plumbing services!)


Live in Doncaster, Warrandyte, Mitcham, or any other surrounding suburb? Call H2-Pro today! Talk to a plumber in Templestowe today and find out how your old plumbing system can be upgraded – call us now on (03) 9844 1444. Alternatively, fill in this form and we will be in touch!