We’ve talked at length about burst pipes before. It should go without saying that the consequences of a burst pipe in your home can be disastrous!

At H2-Pro, we operate under the mantra that an ounce of prevention is worth a pound of cure. Of course, to prevent plumbing problems from arising in the first place, you’ll need to know what to look out for!

Up until now, we haven’t touched on how you can identify a burst pipe before it happens.

So, what should you be on the lookout for? Our Doncaster plumber reveals all…

1) Why rusty water is a warning sign of potential burst

Have you ever turned the tap on, only to be greeted by unsightly brown water?

Luckily for you, rusty water is for the most part safe to consume. However, it can often be a precursor to a burst pipe!

Many older homes still use metal piping. Over time, these pipes can rust, leading to the distinctive brown colour of your water.

What you mightn’t know is that rust is often accompanied by corrosion and weakened pipes.

And naturally, that puts you at a higher risk of suffering from a burst pipe in the near future. If you’ve put up with rusty water for a while, it might only be a matter of time until they do burst!

Sure, it might not be a problem with your pipes – it might be your water heater, or mains supply pipe. But do you really want to take that risk?

We recommend calling your local Doncaster plumbing to investigate the exact cause of your rusty water. 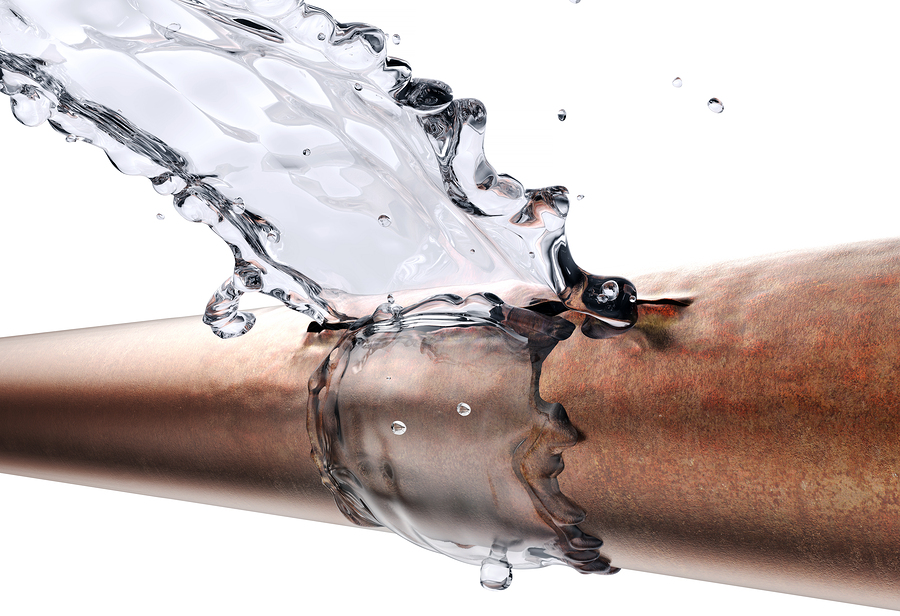 2) Does your water taste off? You might be at risk of a burst pipe

Our water contains a variety of minerals. Luckily, the vast majority of these are completely safe for human consumption.

Unfortunately, they’re not so safe for your plumbing!

An overabundance of minerals like magnesium and calcium can cause blockages in your home plumbing system. The first thing you’ll notice is a drop in water pressure.

Over time however, you might also end up with a burst pipe!

As these minerals solidify and clog your pipes, this leads to a pressure imbalance. High pressure water gets trapped behind the blockage, putting added strain on those sections of piping.

This leads to overpressure in the affected sections, which can wear your pipes down.

The eventual result? A burst pipe.

Thankfully, most homes have built-in measures like pressure limiting valves to ease pressure in your pipes.

Of course, that doesn’t solve the root problem!

If you believe you might have a build-up of minerals in your piping (and your water doesn’t taste quite so normal), reach out to our Doncaster plumber. They’ll identify the affected section of pipe and remove the clog, protecting you from burst pipes.

Picture this: every time you turn on the water at your home, your plumbing responds with incessant rattling.

It’s annoying – moreover, it’s a sign of a potential burst in the making!

In our experience, there are two main causes of noisy pipes:

Both of these common causes of noisy pipes can also lead to burst pipes if they’re not fixed in time.

After all, if your pipes rattle when subjected to ordinary use, what does that tell you about the quality of the workmanship?

More importantly, how long will it be able to withstand continuing use? Can you be sure it won’t burst on you in the near future?

4) What is water hammering, and how can it lead to burst pipes?

Water comes through your pipes with impressive speed and force. What happens to all that energy when you turn the taps off? It needs to go somewhere.

That’s why every single tap in your home is designed with measures in mind. Before every tap, there’s a small vertical pipe. When you stop the water to your tap, it’s redirected up this pipe, where it hits a pocket of air.

This dissipates the energy of the water, protecting your pipes from damage.

Over time however, this air cushion can dissipate. And as the air vanishes, so does the cushioning effect – now your water is hitting your pipes full-force.

This doesn’t only lead to an impossible-to-miss sound – it can also cause damage to your pipes!

Like we mentioned above, water comes through your pipes with impressive speed and force. Without that air cushion, your pipes take the brunt of that impact.

Over time, this can cause damage to your pipes, and even cause bursts – so don’t ignore that unmistakable sound of water hammer.

Call a Doncaster plumber if your home shows any of these symptoms!

A burst pipe can be painful: soaked carpets, rotting drywall, mouldy ceilings… these are just some of the potential consequences of a burst pipe.

An emergency plumber can fix a burst pipe, sure. If you ask us however, it’s much better to have potential bursts fixed before they have the opportunity to ruin parts of your home.

Don’t just sit on your hands if you notice these symptoms in your home – instead, get in touch with a Doncaster plumber!

Based in Melbourne’s north-eastern suburbs, H2-Pro is your local Doncaster plumber. In addition to fixing all sorts of plumbing problems, we can also identify and stop burst pipes the moment these symptoms start appearing.