Have you noticed any odd noises coming from your drains, or water that’s taking an unusually long time to empty? It’s likely you’re seeing the first early signs of a blocked (or even partially blocked) drain.

But what’s the cause? It could be a number of things; in fact, it could be a combination of several. Below, we cover some of the most common causes of blocked drains (and what you must do to unblock them!)

The rapid growth of tree roots in drains is actually quite mind-blowing!

What happens is that the fine, thin tree roots make their way through the ground and eventually reach your pipes. Through miniscule gaps in pipes (particular older pipes), the tree roots enter and thrive…

This damp environment is the perfect place for tree roots to settle down and grow. Sewer pipes are filled with three core elements trees love: water, oxygen, and nutrients. Perfect.

As the roots multiply, they dramatically impede the flow of water, capturing elements that are running through your drains. Over time, the tree roots trap dirt, resulting in not only slow drainage, but severe blockages, too.

Sometimes, these blockages will reach their tipping point… and as too much water pressure builds, they will eventually burst!

Leaves can build up

Natural debris like leaves are one of the most common culprits when it comes to clogged drains. Wet leaves can gather over time, creating a dense and heavy obstacle in your drains.

Heavy winds and storms can contribute to an influx of soggy leaves blocking your pipes, gutters, and drains.

Without proper and frequent maintenance, leaves will continue to gather, eventually resulting in blocked or damaged drains.

Oil, grease, and fat shouldn’t go down the sink!

Now, we move to the kitchen, where three core culprits play their part.

When poured down the drain, oil, grease and fat can cool off and harden.

As time goes on, the substances build up, eventually resulting in partial blockage. As they catch subsequent drain matter, like scraps of food, the obstruction grows larger in size, ultimately leading to a blockage.

Odd gurgling noises and slower than normal draining re some of the earliest signs you will spot if your kitchen drains are at risk of a blockage. Don’t ignore the strange sounds!

The best way to combat this is to avoid putting oil, grease, and fat down the sink. Instead, let it cool, pour it into a small bag or container, and dispose of it along with your regular garbage.

As we make our way to the bathroom, there’s probably one offender you’re already familiar with.

We all know someone who leaves a hairball in the shower. Frustrating at best, but down the drain it can be disastrous. Hair is one of the elements mentioned above that will easily become entangled in tree roots, further impeding water flow and increasing the chance of a partial or complete drain blockage.

Along with hair comes shampoo, conditioner, and soap scum. Together, they conjoin resulting in a pretty gross blockage. 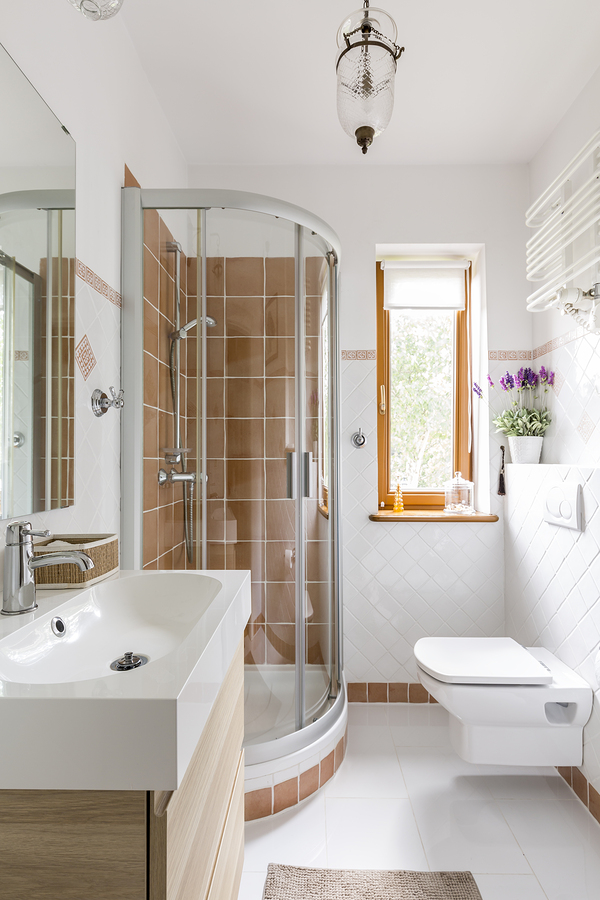 These stem further than what goes down your drain.

Any installation errors that have contributed to blocked drains need to be rectified promptly.

There are two major issues here:

Cheap materials offer no substitute when it comes to quality and longevity. It’s likely that if you opted for cheap pipes, you’ll reap more plumbing problems in a shorter amount of time.

Similarly, if an unqualified tradesperson performed the job, there’s no guarantee that he has installed your piping system (including joints) correctly. This can pose a major safety risk to your home and most significantly, your family.

Did you know that homeowners are responsible for the maintenance and repair of sewerage pipes that connect a home to the main sewer line? Unfortunately, because they’re buried deep underground, it’s not often that someone will recognise a sign of a bigger problem until it’s possibly too late.

By proactively working towards keeping your drains clean and clear, you can reduce the risk of blocked drains and burst pipes in your home. But there are also some tell-tale signs to look out for:

If you’ve noticed any of the above, your best bet is to get your drains checked!

H2-Pro is a family-run plumbing business based in Warrandyte servicing much of Melbourne’s northeast. From blocked drain repair and replacement to 24/7 emergency plumbing, we’re the number one choice for plumbing in Warrandyte and surrounds.

Call Tony at H2-Pro at any time for a rapid plumbing response! Alternatively, fill in this form and we will be in touch!